Until recently, this object, built from 1953. Until 1979. Was a well-kept Yugoslavian secret. Under the name of DO ARK, its main purpose was to, in case of an atomic strike, protect Comrade Tito and his closest 350 associates. This imposing building, of a massive concrete construction, covers an area of around 6.500 square meters, and it is located around 300m underground. In case of the mentioned atomic strike, it was supposed to serve as a center of military operations as well as a shelter for Tito, his family and associates. With more than a hundred rooms, this labyrinth-like structure, was (and still is) fully equipped to provide shelter for six months. Until the 1990s, this 4,6 billion US-dollars investment was one of the most secred projects carried out in former Yugoslavia, and its existence was revealed to only few. 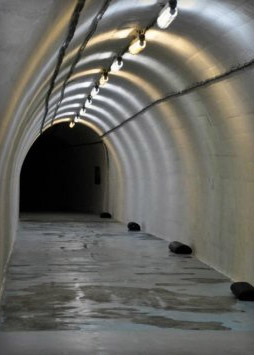